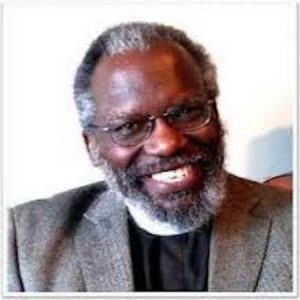 The ongoing cycle of violence against black Americans must be stopped!

BY REV. DR . ARNOLD ISIDORE THOMAS What white Americans refer to as a “crisis,” black Americans call “business as usual.” The murders of Breonna Taylor in Kentucky, Ahmaud Arbery in Georgia, and George Floyd in Minnesota are but the latest in an ongoing cycle of violence toward black people that have plagued this nation since its inception. The present racial crisis our nation is experiencing, intensified by the devastation the coronavirus pandemic is having upon black and brown communities, is the consequence of a culture that has placed capital over compassion and property over people. And until we as citizens commit ourselves to placing the priorities of the most oppressed, marginalized and victimized communities as our uppermost priorities, then this crisis will only worsen.

Black and brown people in Vermont feel taken for granted because we comprise less than 6 percent of the population, causing state and local officials to disregard or ignore matters we consider crucial to our survival. Still, the few, but growing, representative voices we have continue to work within the legal apparatus of the state in stressing the need for all residents to pay attention to the daily desperation many of us, along with poor white people, face with the reminder that when you empower the most vulnerable members of our society, we all benefit.

When a country fails to implement fair and impartial policing on local, regional and national levels, we will continue to experience abuses by law enforcement officials. When a country fails to feel outraged by the disproportionate number of people of color in our nation’s correctional facilities, we will continue to experience injustice on all levels of our criminal justice system. When the nation’s highest court continues to dismantle the structure of civil rights legislation for which thousands fought and died, and the nation’s chief executive leads the charge of his party to suppress the voting rights of people of color, we will continue to experience civil unrest and violence in every region and state. When a nation turns a deaf ear to the cries of the poor and oppressed for quality education, employment, housing and healthcare, all the protest rallies and speeches will amount to nothing. In other words, “If I speak in the tongues of mortals and angels, but have not love, I am a noisy gong and a clashing cymbal.” (1st Corinthians 1:1) The increasing numbers of black and brown people across the nation and in Vermont have also increased in their intolerance of noisy-gong-and clashing-cymbal-like rhetoric of whites who momentarily raise their voices against what they see as a momentary crisis and then resume their lives supporting and sustaining the systemic racism that caused it.

Life will only change for the better, for all of us, when we take seriously the sacred creed that all are created equal; that we are endowed by our Creator with certain inalienable rights; “that among these are life, liberty, and the pursuit of happiness;” but further, that “whenever any form of government becomes destructive of these ends, it is the right of the people to alter or to abolish it, and to institute new government, laying its foundation on such principles and organizing its powers in such form.” (Declaration of Independence) Life will only change for the better, and for all of us, when the power to interpret these principles and pursue these rights is wrenched from the grip of the wealthy few to become the commonwealth of all.

I urge Vermonters to take action by pressuring their local and state officials to move on initiatives and legislation uppermost in the lives of black and brown people, including:

• The call for civilian oversight of law enforcement.

• A statewide policy and procedure for the use of force by police (Senate Bill 119, House Bill 464).

• Implementation of Act 54 requiring the attorney general’s office, the Human Rights Commission, along with other interested stakeholders to develop a strategy to address racial disparities across all systems of state government.

• Designating a portion of CO-VID 19 funds to address the severe and disproportionate impact on people of color within the state.

Most of all, I urge Vermonters to not feel powerless in their ability to change the ongoing crisis we face. Our inaction created this crisis. Our proactive engagement will turn the tide to favor us all.

The Rev. Dr. Arnold Isidore Thomas is pastor of Good Shepherd Lutheran Church in Jericho, Vt., moderator of the Racism in America Forums and former conference minister of the Vermont Conference of the United Church of Christ (the first black denominational leader in the state). The opinions expressed by columnists do not necessarily reflect the views of the Brattleboro Reformer.