Rev. Lise Sparrow – Letter Calling for an end to Homelessness 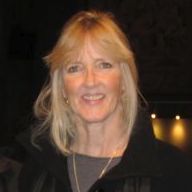 Rev. Lise Sparrow: It is our turn to create a moral economy – and end homelessness

It had already been a long winter and the political climate even here in Vermont had seen more than its share of political divisiveness when the pandemic began to take its toll. Then, just when the weather warmed and the restrictions were slightly eased, the news of the senseless deaths of Ahmaud Arbery, George Floyd and Breonna Taylor spurred protests unlike those we have seen in decades on the streets of Brattleboro and around the nation. Some say the pandemic has ripped away the already tattered Band Aids covering the inequities and cruelties in our nation.

The most hopeful among us say, “This time will be different.” Those who have been around a while repeat Martin Luther King’s words: “Let us realize the arc of the moral universe is long, but it bends toward justice.” It is hard to say if this is just another moment of outrage or a turning point — but what is clear is that within the pandemic the national government, politics aside, have freed up trillions of dollars and released them into the hands of state governments to keep people safe and it is a moment in which we see with our own eyes the vast inequities in our communities.

Within days Vermont will have $1.25 billion in funding and Gov. Phil Scott and lawmakers have until the end of the year to decide how to spend the money, which was sent to Vermont after President Donald Trump signed the CARES Act last month. The federal funding, which represents more than 16 percent of the state budget, can be used not only to help fund the state’s response to the pandemic, but also to make major investments in state infrastructure, related to COVID-19 costs.

So the question is whether our state leadership will use this opportunity to repair the breach of inequities in our state economy or to continue making decisions based on the usual priorities. Josh Davis, the executive director of Groundworks Collaborative, has proposed this be the moment we face homelessness head on. He points out that within the pandemic the political will of the state was able to make happen what has never happened before. He wrote:

“Homelessness has been stopped in its tracks in Brattleboro. As I write this, there is not a single person that I am aware of that does not currently have shelter. This is an incredible achievement. What’s more incredible is that it was accomplished within the last 30 days.”

He also suggested that this does not have to be a temporary fix.

Eighteen Leaders in Vermont’s housing, shelter and service provider network have crafted a plan that provides a clear path for everyone in Vermont to have housing as a critical response to the public health emergency. This plan is built on the logic that solving homelessness is not rocket science. It is not a complex enigma. Homelessness is solved when we have ample housing stock coupled with rental subsidies and supportive services.

Our legislators have the means at hand and now it is our turn. It is our turn as Vermonters to create a moral economy, to urge decisions be made based on the recognition that we are connected and that the well-being of one is connected to the many. We have state legislators who are already on board so we need to make the voice of southern Vermont heard at the state capitol. It is up to us to remind Governor Scott, Senate President Pro Tem Tim Ashe and House Speaker Mitzi Johnson that what was thought to be impossible happened here and can continue happening if they show leadership and the political will to house the poorest of the poor.

Sue Graff at the Agency of Human Services points out that healing begins with housing. Other issues such as substance abuse and mental illness and joblessness — which are often pointed to as causes — are often results of homelessness. We have been shown that even in our most hopeless times good things are possible. It is now up to us to keep the most vulnerable among us in housing.

Lise Sparrow is the reverend at Guilford Community Church. The opinions expressed by columnists do not necessarily reflect the views of the Brattleboro Reformer.